Thanks To Twitter, We’re Creating As Well As Consuming Trump’s Fictional America 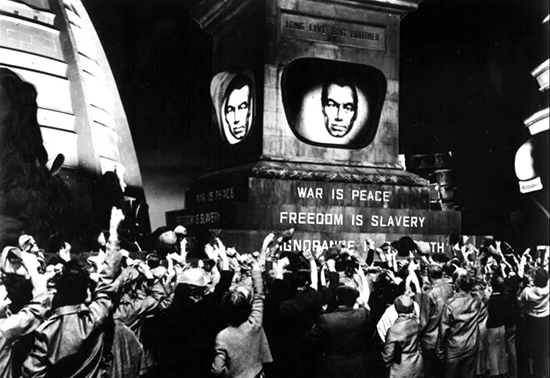 There was a weary inevitability to the way news about last Thursday’s shooting at the Capital Gazette offices broke on Twitter, the initial splash sending ripples of claim and counterclaim through countless sub-threads. As this presidency lumbers along, Twitter has come to represent something ineffable about Trump’s America – an arena in which vigilante justice reigns, where opinions are formed in a fraction of a second, and where people say what they want, especially if it offends. It’s a world in which profound implications are ignored in favour of appearances, and where the search for anything resembling objective truth can feel woefully naïve.

Twitter, it seems obvious to say, is only ever as benevolent as the people who use it. Were we a species united by a common bond – that shared land and resources and protected one another from threats to our planet – Twitter might have helped us evolve into a race of cosmic beings. We’ll never know. Instead we’re driven largely by fear and anger and a belief that we are somehow special, destined for greatness and threatened by barbarians at the gate. And those are qualities that get reflected by Twitter, a hall of mirrors in which messages are distorted and amplified billions of times over, blurring the borders between fact and fiction, while the real story unfolds somewhere off the timeline.

It’s not a new idea to suggest that the search for the great American novel was a distraction, and that the country itself may be the pre-eminent work of American fiction: a tale of conquest and capitalism, a history written by victors in the loudest voices possible. How else is it possible to account for the wider world’s tacit acceptance of a nation built on stolen land brazenly legislating who can and can’t live there, despite lingering evidence of a Native American culture obliterated by genocide? What else can explain its politicians’ condemnation of human rights abuses abroad, while black Americans – many of whose ancestors lived and died as slaves – are treated like criminals, murdered by white law enforcers who are seldom held accountable? How else does America get away with telling the world who is and isn’t responsible enough to own nuclear weapons, despite being the only nation to have used them in aggression, killing hundreds of thousands in the process?

Such things are possible because the fictional tale of America is so compelling – a story of democracy and glamour, of wealth and raw power – and because we in the UK have been complicit in writing as well as addictively consuming it for generations. It was only a matter of time before it came under the sway of a fictional president, one for whom reality and reality television are much the same thing. Nor is it a coincidence that Trump has emerged in the age of social media, or been able to use it so masterfully to spread his message. His belief that the world revolves around him is true on Twitter, a platform that rewards instant gratification and favours sensation over thought, and he knows exactly which buttons to press to get a reaction. It’s easy to imagine him calmly scrolling through the hundreds of thousands of replies to his tweets and nodding with approval, seeing only numbers, a self-promoting PR robot oblivious to the raw emotions colliding around him. He knows that the more outrageous his claims, the more people on both sides of the political divide will retweet them. And slowly, inevitably, his version of events gets heard: more people attended his inauguration than any in history; the collusion with Russia is fake news; those kids in cages were Obama’s fault. The latter point was driven home by followers posting a doctored version of a Time magazine cover in which Trump looms over a screaming child being detained at the border; in the new version, Obama is questioning why the girl is out of her cage, and Trump is saying ‘Let’s go find your mommy, sweetheart’.

Nor are those of us immune who think we’re smart enough to see through the fiction. We too thrill to the controversy: our wailing outrage is the soil that Trump supporters find so fertile – proof of our madness, and their president’s power – and they water the roots of their lies with our liberal snowflake tears. We’re constantly distracted: no sooner have we exhausted ourselves railing against one injustice than another is coming down the pipeline, and the last becomes just another brick in the wall. We’ve begun to accept as daily occurrences revelations that a few years ago could have unseated a president: defence of Nazis and alleged paedophiles, multiple allegations of sexual misconduct, references to ‘shithole countries’ and immigrants who are ‘rapists’ or ‘all have AIDS’. Our outrage meters barely register as blips things that would once have seemed unthinkable.

Yet some things are still big enough to shatter the meter. The Capital Gazette shooting is one such moment. Done honestly and effectively, journalism is humanitarian work, especially in an age of disinformation. The idea that Trump’s tirades against his ‘enemy of the people’ may have contributed to American journalists being killed in their own country is a horrifying prospect, yet there is a grim inevitability about it: in a world built on lies, the pursuit of truth is bound to be a dangerous job.

At such moments, the postmodern fiction of America unravels, and the emotional detachment of Twitter culture – the memes and emojis, the lols and the trolls – is revealed to be an armour of irony insulating users against the real-world consequences of their words. It is horrific, though hardly surprising, to learn that Milo Yiannopoulos had only days before the shooting claimed that he couldn’t wait for ‘vigilante squads to start gunning journalists down on sight’. Even more telling is his subsequent decision to weigh in on social media, dismissing his comment as an innocent ‘troll’, and attempting to turn the blame on journalists to whom he’d sent the message.

Where can one turn for solace at such times? Perhaps the answers lie in fiction itself. Orwell is understandably making a lot of sense right now; the pre-war existential dread of Kafka feels somehow fitting. And a couple of days ago, the opening of William Peter Blatty’s The Exorcist seemed to be telling me something:

Like the brief doomed flare of exploding suns that registers dimly on blind men’s eyes, the beginning of the horror passed almost unnoticed; in the shriek of what followed, in fact, was forgotten and perhaps not connected to the horror at all. It was difficult to judge.

I think we’re in the shriek phase now.