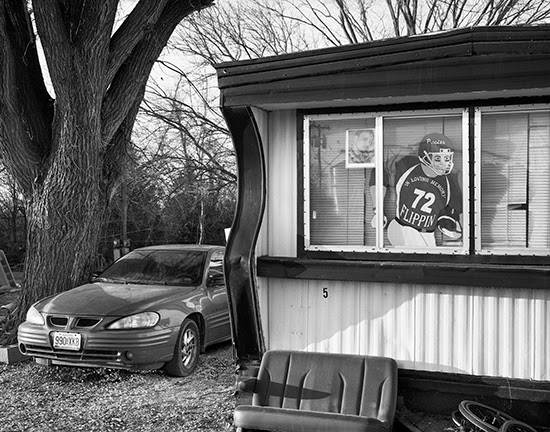 I’ve been asked to tell what happened between Gary Osborne and the Kirchner kid in the Walmart car park back in the summer of 1992. They tell me Gary is in trouble, but no one will say what sort. Truth is I haven’t spoken to Gary more than a handful of times since we finished school that summer, but we were tight at the time, and I was there when it happened, so I’ll try to tell it the best I can.

Gary’s folks lived in a run-down shack on Lyons, which is still about the roughest part of Lightwater. Every morning Lou and I would meet at his front door and walk with him to school, and every morning he’d lift up his shirt to show us cigarette burns and fingernail marks left by his mother the night before. We were a team back then, each of us running away from something: for Lou it was her dad, who had been drinking heavily since her mom left; for me it was the hole left by my brother Lawrence, who had died in Iraq the previous summer. Grief filled our house like fog: everywhere I looked I saw his face gazing back from pictures, and I felt sure I could hear his voice mumbling through the wall next to my bed when I woke in the middle of the night.

Mostly, though, I think we were escaping Lightwater: the dirt roads lined with blinking bar signs and church billboards advertising redemption with 1-800 numbers; the gun nuts and the gang-bangers, the overweight and the out of work waddling like zombies in and out of fast food restaurants. We created a world of our own to escape the smothering sadness of this dead town: we built a fort in the woods, vanquished imaginary enemies, signed contracts of lifelong friendship with blood drawn by a penknife from our thumbs. When dark set in and we were forced to turn home we’d walk arm in arm, whistling songs as we went, whispering reassurances at each other’s front doors.

Then one day the Kirchner kid turned up in class. He wore a sequined jacket and a single silver glove, and he was so small that his spats and white socks swung above the floor. The whole class was in hysterics, calling names and throwing stuff at him, but he never so much as turned around, just sat facing the front until Mrs Mayfield walked in and put a stop to the chaos. Rumours began circulating that he lived alone with his mother, that the pair had moved from Memphis after his father, a bank clerk, had been killed in a heist; others said the kid was being treated for cancer, something that gained credibility when he started wearing a fedora hat to school a few weeks later. But mostly we were obsessed with the rumour that the kid’s mother had once worked for Michael Jackson, and that the singer remained a family friend. Kirchner reputedly claimed that Jackson had visited the family home in Memphis soon after his father’s death, and that he would be coming to see him here in Lightwater any day now. I paid it no mind, but it whipped the school up into a frenzy: some of the younger kids started following him around like a prophet, as though the Christ-like figure of Michael Jackson might materialise by his side at any moment. But mostly it was just more ammunition for the bullies.

Which brings us to what happened in the Walmart car park. It was a Saturday afternoon, not long before the end of the school year, and Gary was in a black mood. His mother’s abuse had lately slipped into behaviour that left no marks on his body, and which he refused to talk about. We were seeing less and less of each other outside school, which I suppose is what happens – Lou would soon be heading to university in Texas, and I was preparing to work for my uncle’s print shop in Calvary. We’d met for breakfast at McDonald’s, after which we planned to head to the forest and dismantle the old fort, and the air had been heavy with the sense of an era ending. After leaving the restaurant and walking through the car park we’d seen the Kirchner kid sitting on the curb like he was waiting for a ride, still in his sequined jacket and hat despite the heatwave, and Gary had just flipped – stormed up to him, started throwing accusations about his dead dad, about this Michael Jackson bullshit. I remember how bright it was, blinking through the heat haze to see the kid look up from under the rim of his hat and then go back to staring at the curb, and the next thing Gary was launching a series of kicks and punches, beating him in the body and the back of the head, the whole thing shimmering like a mirage, like one of those cartoon fights where all you see is the occasional fist or foot poking out of a cloud of dust. I remember being unable to move, just standing and watching as Lou tried to pull him away, and him hurling her to one side and continuing to kick the kid, who was now lying on the floor. In the end a couple of army recruitment scouts saw the commotion and intervened, by which time a sizeable crowd of onlookers had gathered.

Anyway, the rest you know. Gary was suspended, and the kid stayed away from school for the rest of the year. I saw Lou occasionally between classes, but we didn’t speak properly again until August, when we heard that the kid had died during treatment for cancer. She was working tables at Pizza Hut, saving up for college, and I was already manning the storeroom at my uncle’s print shop. We met one Sunday morning, picked up a bunch of flowers and walked to the Kirchner house to pay our respects. His mom sat us on the couch, gave us milk and cookies, asked about our relationship with her son, then led us to his room, where a dozen candles were burning around his bed, and a Michael Jackson CD was playing quietly on the stereo. I remember the opening chords of Liberian Girl starting up, and at that moment glancing over at a corkboard and seeing a photograph of Michael Jackson and the Kirchner kid, arms around each other, smiling for the camera.

That was the day the heatwave broke. By the time Lou and I left the house it was raining heavily, and we walked without speaking through deserted streets to the edge of town, led each other by the hand through the forest to the old fort, where we kissed for the first and only time under a canopy of trees flashing with lightning and echoing with distant thunder. I guess that last part isn’t exactly relevant, but I sometimes feel it’s the only truly bright moment in my life – nothing but darkness leading up to it, nothing but darkness after. I dream about it often, and sometimes when I wake in the middle of the night I still hear voices through the bedroom wall, only now they’re our voices – Lou, Gary and me. I guess I never did escape Lightwater after all.
Posted by Cyrus Shahrad at 03:26